Is Yemen Arabica Mocha coffee the best in the world?

Did you know that Yemen was the first place in the whole world where people started brewing and drinking coffee? Up until the 18th century, Yemen was the only coffee supplier in the world! Exporting coffee beans through the ancient port of Al-Mocha . In Yemen today, traders and farmers aim for their Mocha coffee to be recognized once again for its exclusive quality. 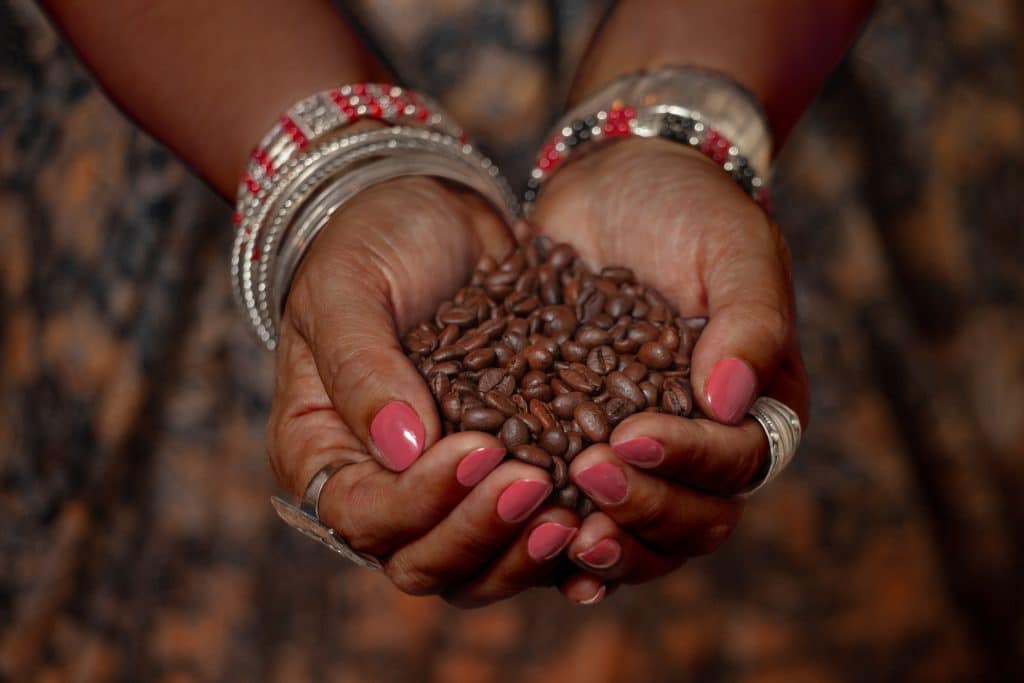 This is a story about such a trader, aspiring to allow the world to enjoy once more Yemen’s organic, traditionally cultivated Arabica mocha coffee. The best coffee in the world, he believes, as do many people in Yemen and beyond.

Based in Sanaa, the capital of Yemen, Khaled Mohammed Al-Daba is buying the Arabica coffee beans straight from farmers in remote and rugged areas, as high as 3000 meters up in the mountains.

Some say that the dry climate of this country is the secret of the distinctive chocolaty flavor of the Yemenite Arabica coffee variant called Mocha. Others attribute earthy fruity aroma to the method of drying. All agree that this Arabica variant offers an exclusive experience to any coffee lover. 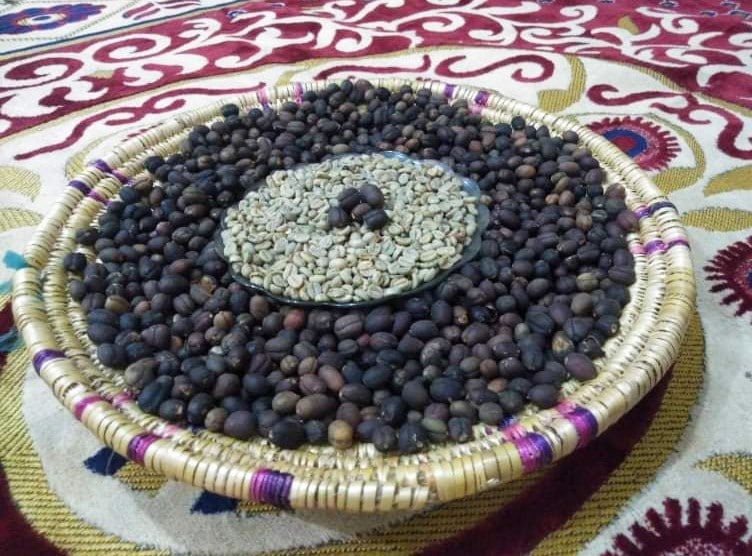 The word “Mocha” we all know, is used in Yemen for their Arabica coffee variant, and had been used widely in Europe, as the coffee craze took over. All thanks to the port of Al-Mocha where coffee was first exported from.

How did the story of coffee begin in Yemen?

As the myth goes, coffee beans were discovered in the monasteries of the Sufi monks in the 15th century (some accounts go as far back as the 10th century). The monks roasted and brewed the Arabica coffee beans, and were then able to stay up all night for their worship.

Coffee drinking culture then developed throughout Yemen, and farmers began planting coffee on land carved terraces in the high mountains, where the conditions are ideal for the Arabica cultivation. 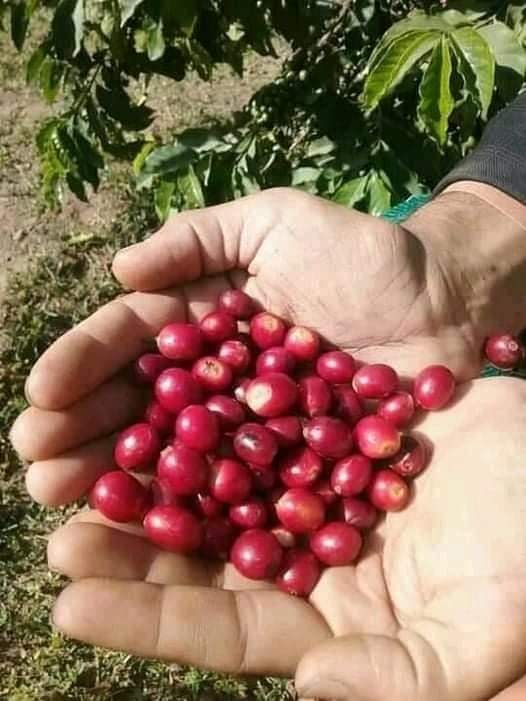 Yemenites will admit the coffee plant originated in Ethiopia and not Yemen, but take great pride in being the first in the world to roast and brew coffee! Sufi monasteries are said to be where coffee drink was first discovered.

Coffee trade flourished. Traders exported the dried beans through the ancient port of Al-Mocha on the shore of the red sea. First throughout the Arab world, and in the 17th century export to Europe’s coffee houses began.

So how come we never hear about Yemen in regard to coffee production?

Well, here is yet another dubious move we can attribute to the colonial powers. For about 200 years Yemen enjoyed its monopoly over coffee supply, exporting mostly to Europe where coffee houses became the new trend.

But then, in the 18th century, European colonial trade companies started to smuggle coffee beans out of Yemen, and to set up cultivation in their colonies placed within what is now known as the “coffee belt”- the area around the world close to the equator, which is most ideal for coffee cultivation.

The rest is history.

Yemen was reduced from the one and only supplier, to a marginal to non-existing player in today’s world gigantic coffee industry. 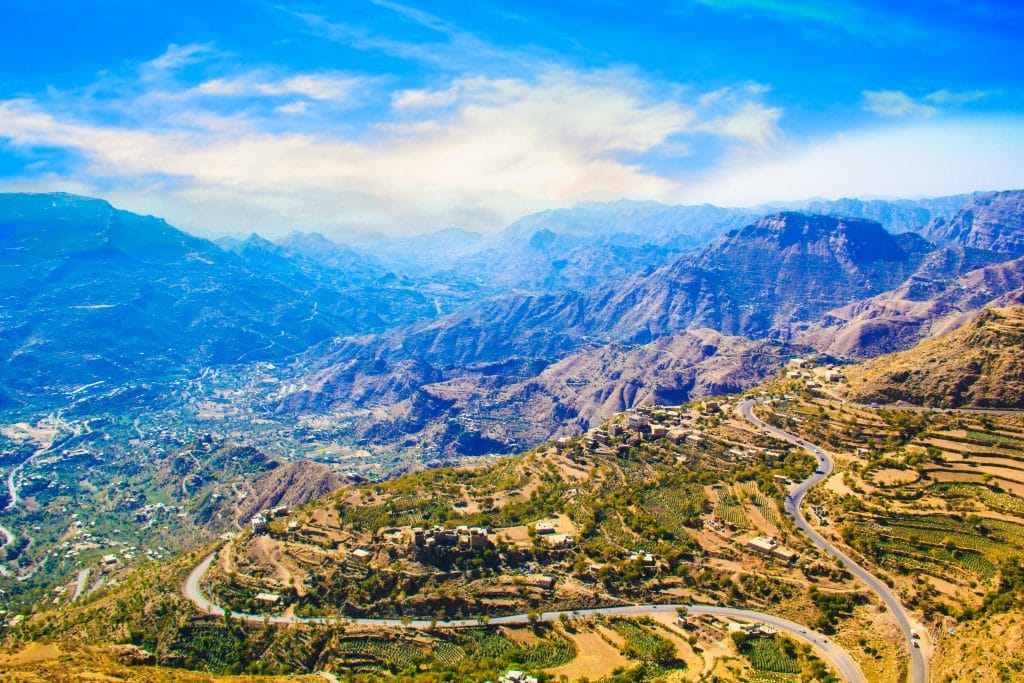 A Dutch trade company is said to be the first to smuggle coffee beans out of Yemen. The company established cultivation in Java- an island in present day Indonesia. Many colonies followed, and Yemen was all but forgotten.

Farmers are proud in keeping the traditional ways, not much changed since the 15th century. Cultivation is done manually and organically. Coffee berries are hand-picked, and spread to dry on the roof tops. In some regions, both women and men work all stages of cultivation, in others, the women help in some of the stages: pruning, picking the berries by hand, processing and drying.

Yemen farmers grow the coffee in the same way their ancestors did, over 500 years ago.

Khaled Mohammed Al-Daba takes the ragged roads to meet his farmer friends, and collects the dried beans for roasting in Sanaa.

Present day challenges are many. War, climate changes, the lack of proper roads reaching the high mountains where the farmers grow the coffee. And still, traders and farmers work together for a better future. After all, they have the best coffee in the world working for them…

Above: Chiseling a new road up the mountains.

“Khaled coffee” was founded by Mr. Khaled Mohammed Al-Daba . He is very proud in giving his farmer friends a chance to have their coffee beans, from their small family plots, make their way to your cup of coffee.

For purchase, personal and industrial, please contact him on messenger. 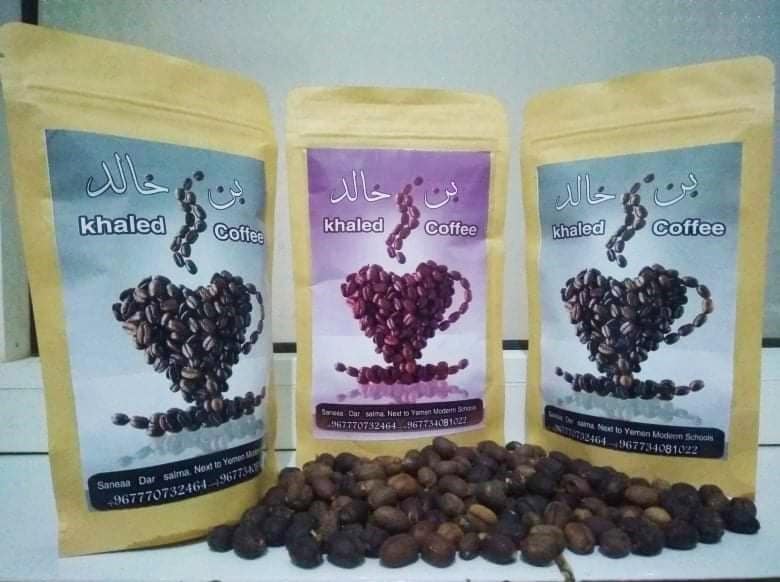 PrevPrevious9 Best Starbucks Smoothies in 2022 (Worth The Try)
NextHow to brew Yemen coffee?Next

Ella "the Wandering Goddess" is a traveler and a coffee teller :-) 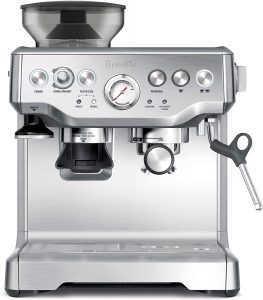